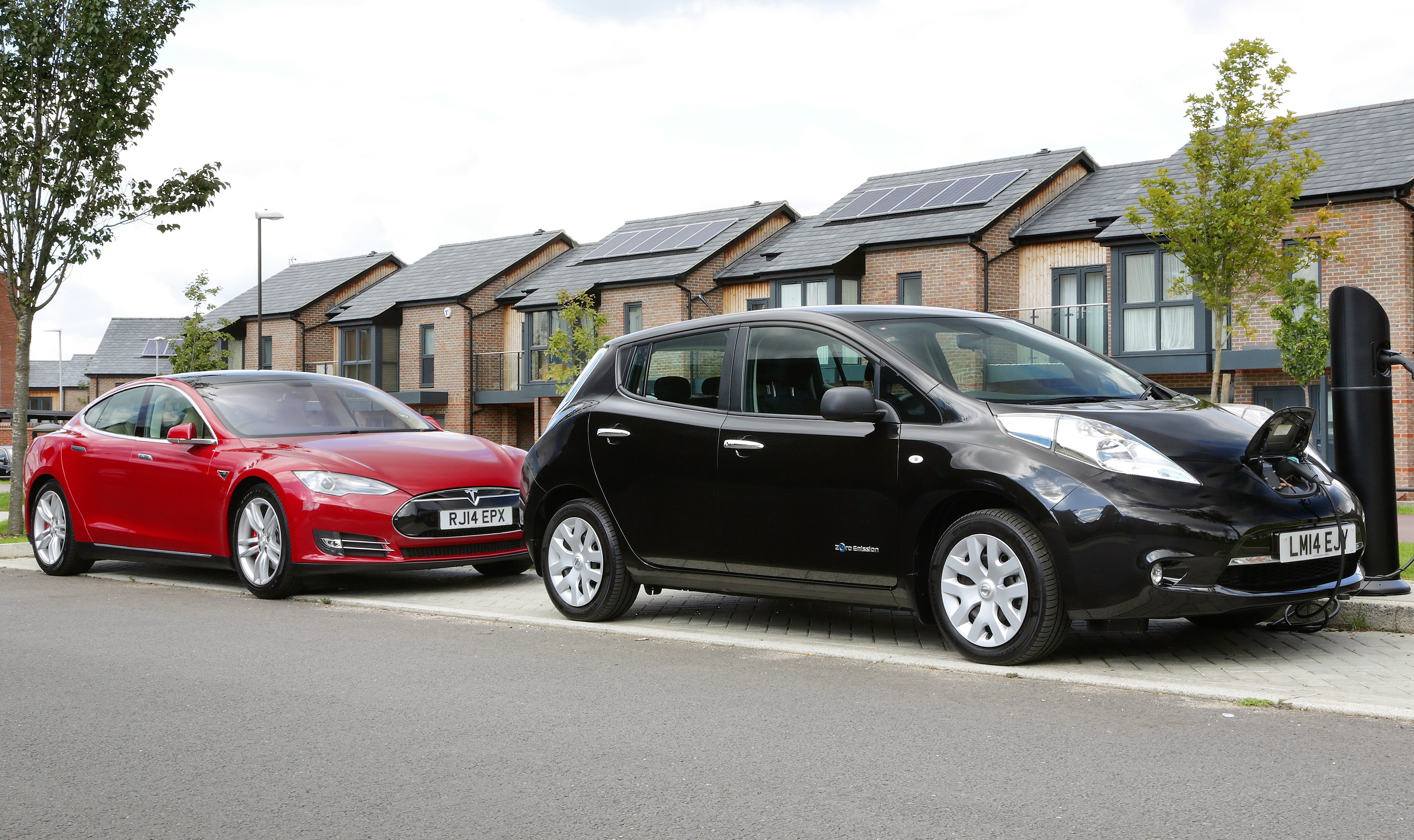 Giving Corby’s electric vehicle drivers increased recharging options, Chargemaster has replaced five of the borough’s oldest public charging points across its 23-strong Plugged in Midlands network with state of the art units. Chargemaster’s new charging posts boast a reliability record of more than 98% and will be connected to over 4,000 public charging points nationwide, as part of the company’s POLAR network.
The oldest of Corby’s 23 chargers, which were supplied by another electric vehicle (EV) charging company under the Plugged in Midlands initiative in 2011, were no longer working. Chargemaster has replaced these five defunct units with five new charging posts located in the town centre at the Parkland Gateway carpark, the railway station, and The Corby Enterprise Centre.Chargemaster’s chief executive, David Martell, said: “Nothing is more frustrating for EV owners than not being able to recharge their vehicle wherever and whenever they want. By bringing five new chargers into service, we can make EV drivers’ journeys easier and show the UK that Corby is an EV-friendly town.”Corby’s replacement units were provided by Chargemaster as part of its acquisition and renewal of the Plugged in Midlands network, which became part of the POLAR network in 2015. The acquisition has seen Chargemaster take ownership of 870 public charging points across the Midlands, of which at least 100 are being replaced.The growing POLAR network is the UK’s largest network of public EV charging points, with more than 4000 charging points already available. EV users can charge their vehicle using the network, either by pay-as-you-go or through a monthly subscription of £7.85, called POLAR Plus.

Corby Borough Council’s Lead Member for Environment, Cllr Mark Pengelly, said: “With more and more people going green and switching to electric vehicles, it’s very welcome news that Corby now has brand new, state of the art charging points for residents to use. As a council, several of our corporate vehicles are electric and we want to encourage more people to be kinder to the environment and purchase electric vehicles. We feel that installing more charging points is the way forward.”

Corby has set itself the target to be at the forefront of EV infrastructure in the UK and has played an integral part in bringing ample charging points to the Midlands. There are currently 34 charging points installed across the borough.