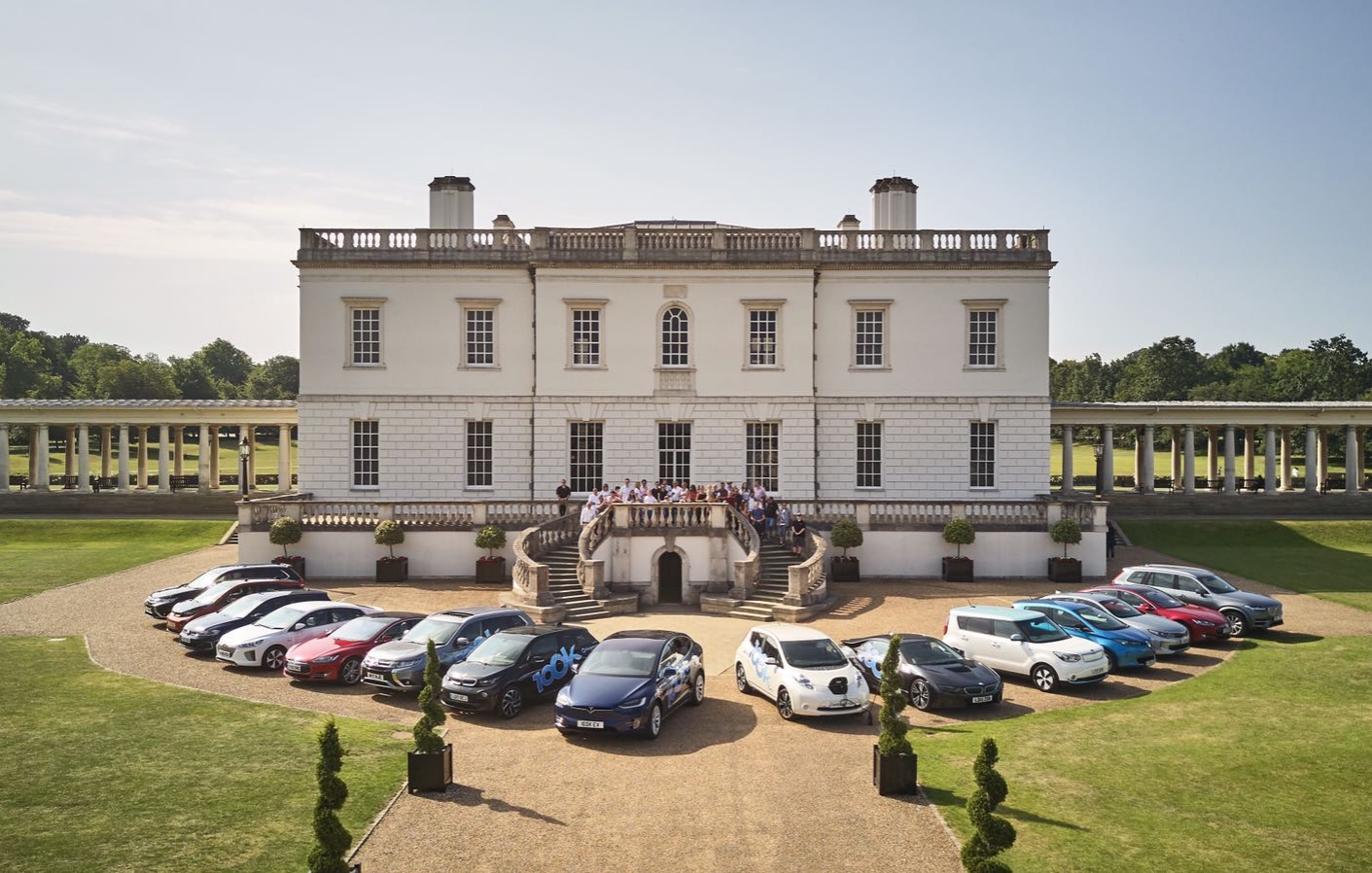 On Sunday 18 June, 25 cars and drivers departed from London in an electric road trip to Milton Keynes in celebration of the 100,000th electric vehicle (EV) registered in the UK*. Travelling approximately 100,000 metres, the convoy attracted significant attention as it travelled to the UK’s first Go Ultra Low city, Milton Keynes.

The road trip included an example of almost every electric vehicle currently available and was organised by Chargemaster, the UK’s largest provider of charging units and operator of the POLAR network. It had support from the Office for Low Emission Vehicles (OLEV), Go Ultra Low and the AA, as well as vehicle manufacturers and a number of other electric vehicle stakeholders.Chargemaster also reached two milestones of its own. For the first time since it started providing Homecharge units, the company has recorded 100,000 home charging sessions in a single week. Not only that, but its public POLAR network has already helped to power 100,000 charging sessions so far in 2017**.

David Martell, Chief Executive of Chargemaster said, “Today was a pivotal moment for the EV market, to mark a significant milestone in vehicle adoption and to celebrate two 100,000 milestones of our own. Thank you to the team, and everyone that made the day so special – here’s to the next 100,000 EVs.”

Chargemaster will be publicly opening its Electric Vehicle Experience Centre (EVEC) on Saturday 22 July at Milton Keynes’ centre:mk shopping centre. The EVEC will become the UK’s first multi-brand showroom for EVs, offering visitors impartial advice on owning and running an electric vehicle as well as test drives in the town centre.